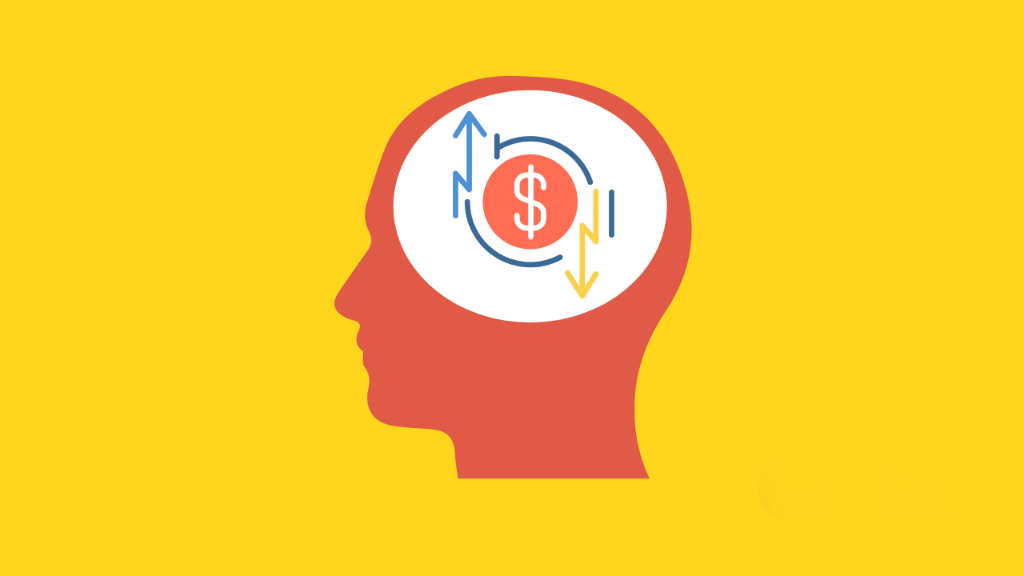 He had come home after a long day at work… The impending war on the continent had caused the cost of living to rise and many of the products, according to the media, could be in short supply. If before it was already an effort to make large purchases, now every time you needed a product you would have to do calculations to be able to buy it without seeing your account substantially reduced.

I left the keys in the hall and I could hear my father abruptly putting down the purchase... I went into the kitchen and saw that he had bought canned fruit... which never happened in this house...

What are psychological prices?

Psychological prices are those that, through urgency, demand or fashion strategies, are set on purpose to cause a psychological impulse on the sale.

The desire to acquire, possess or consume leads us to ponder possibilities based on our personality. Price, as the last and most determining factor other than necessity, has the power to determine a purchase.

Since human beings discovered manipulation, we have not stopped evolving in the art of deception and conviction, leading us to study our behavior in all areas...

face of an emerging war that had terrified countries that were not even going to know what does a bombing smell like, companies began to play with fear, ignorance and despair. It was time to raise prices and look like they were doing us a favor.

And yes… it is possible to increase sales by raising the price… all it takes is a few tablespoons of necessity, two grams of lies and a pinch of fear, because its flavor spreads easily. We all do whatever it takes to survive, even if our lives are not in danger...

Relationship between psychology and shopping 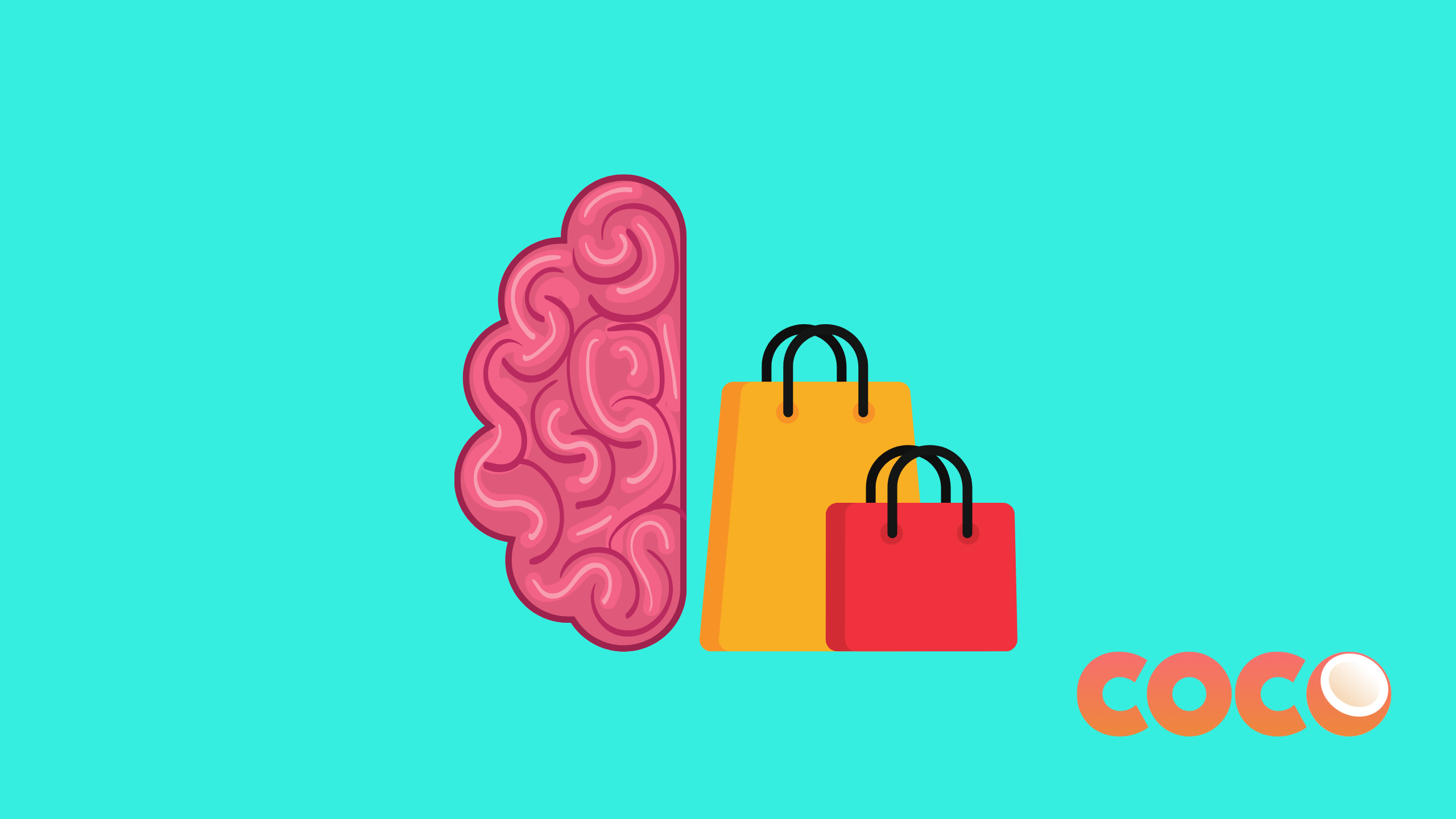 My father is not a person who makes quick decisions. You need to meditate on them even if it is in a lapse of time or that certain factors can convince you. But what had happened here was improvised, unconscious. It had been years since there had been fruit in syrup at home, my mother was the one who bought it and with its lack this product stopped being bought.

There was something that induced my father to buy it and the key is in his gesture: he held the can to me so that I could see the incredible offer of two euros, well printed on the label. The mix of emotions, the fear of an imminent war, which I repeat, was not going to affect us, the misinformation and the visual impact of the price made my father not think twice that he had to buy all the canned fruit from the supermarket.

My mother used to say that there were two types of people in the world:

Of course, my father did not think twice before buying the five cans of fruit in syrup and filling our small pantry with products that were not going to be consumed... At least we would have food to survive a nuclear apocalypse for a few days...

Seeing her gesture between anger and the sweet memory of mom, I thought that the best thing would be to open one of the cans and do the ritual that she had as a dessert or sweet prize at night.

The next morning, it was my turn to go to the supermarket to buy a series of products that I needed to cook dinner for friends. It had been a year since we all met at Miguel's house every week to have dinner, discuss how things went and watch something on television. A way not to lose the habit of seeing each other. Although I have to admit that adult life was doing its job and the routine was absorbing us.

Upon entering the establishment I thought: - “Itis normal that the old man has fallen into the trap. Everything is full of inputs that make you buy. All prices are previously thought out…”

Psychological pricing strategies: You will see at least one a day

Working in digital marketing means that all these elements that cannot be seen with the naked eye, are obvious to you, like seeing a stain of coffee on a white table.

The types of psychological prices were the most noticeable and it was more than evident that the true neuromarketing strategy was there, in the form of numbers, commas, symbols and colors...

Odd numbers are those psychological prices where the decimal is the key of the strategy, since it always ends in 9 or 5. Surely you are familiar with seeing prices like 3.99 or 3.95. Surrounded by a red, orange or yellow color to stimulate your need to buy and alert you that it is an unrejectable offer, making you avoid rounding up and rounding down.

These are the most abundant in low-cost products. I started to fill my cart with vegetables and spices… the vast majority with these types of prices. The truth is, I didn't even bother to look at other options, my rush and the anxiety of finishing as soon as possible made me go to those outstanding prices.

Price as a distinction

These are the ones that highlight a price that draws attention for being noticeably different from that of the other products that compete with the one being promoted. I could see the clearest example in the cafe. Of the 5 brands that sold, four exceeded 3 euros and only one was below 2. A difference of almost 2 euros... I didn't think about it, so I went for it...

This type of psychological price never fails, because it is thought that you become a recurring buyer of the product, whether or not you have it at home. Its price is round, without decimals, and best of all: you don't even know when it goes up because it will continue to be a round price.

I love those chocolate chip cookies for dessert at 2 euros a box. I went directly to the car. A faint memory told me that a year ago that box had a value of 1 euro… + Bah! What difference does it make? They are super rich, they do not fail. - I thought…

Relating price to quality is a bias that takes great advantage of this type of psychological price. Sometimes the design of the packaging and the advertising that the brands have makes us pay a higher price for a product that is worse or the same as a cheaper one.

My father was a victim of this psychological pricing strategy… I wish the cans had a private label, but they weren't… they were from a fairly well-known brand, so they also caught his eye. I have to admit that my mother also used to buy this brand, probably for the same reason. They have never been on sale, they simply make you believe that their price is interesting for the quality of the product, although it is still just that, fruit in syrup.

Strategies based on subscriptions or routine consumption come into play here. These prices are based on the recurring purchase of products that tend to change in the short term. An example is magazines or newspapers.

As expected, I couldn't resist buying the latest issue of a movie magazine that I love to read. I did not question the price, not even if I would like the content inside or if I would not even read the magazine, but there it was, at the checkout and adding one more item to the purchase.

"I have no choice... On top of that, I wanted to teach my father about consumption..."

From the price to your need: Everything has been thought of

When I got home I put the shopping in an orderly fashion so that I could prepare everything I needed to take my share of the dinner to Miguel's house. I reflected on what I had experienced in the last 24 hours, from how fear is capable of making us make decisions without even thinking about whether we should feel that panic, to how the emotions, which we believe are very much ours, are the same ones with which They manipulate us in a vast majority of aspects of our lives.

It was evident that all the prices of things were dictated by deep psychological studies by experts in neuromarketing. I remembered terms that I apply in my work every day such as "pain points" "incidence areas" "demand area" "need claim"... Analyzing them, I came to the conclusion that the need makes the price and against the need and a society that is less and less thoughtful and patient, it is very difficult to prevent these from continuing to rise... In the end, the cost of living does not stop growing and in marketing we will always have tools so that psychological prices and other strategies continue to work...

With a can of peaches in syrup I made a cheesecake that was to die for. Dad smiled and ate several pieces that afternoon. We shared watching "Meet Joe Black" while we enjoyed a coffee remembering how much Mom loved canned fruit and Brad Pitt...