All You Need to Know About Guerrilla Marketing

For : Coco Solution
16 de Diciembre, 2022
Discover guerrilla marketing, one of the most profitable and ingenious techniques in the advertising field. 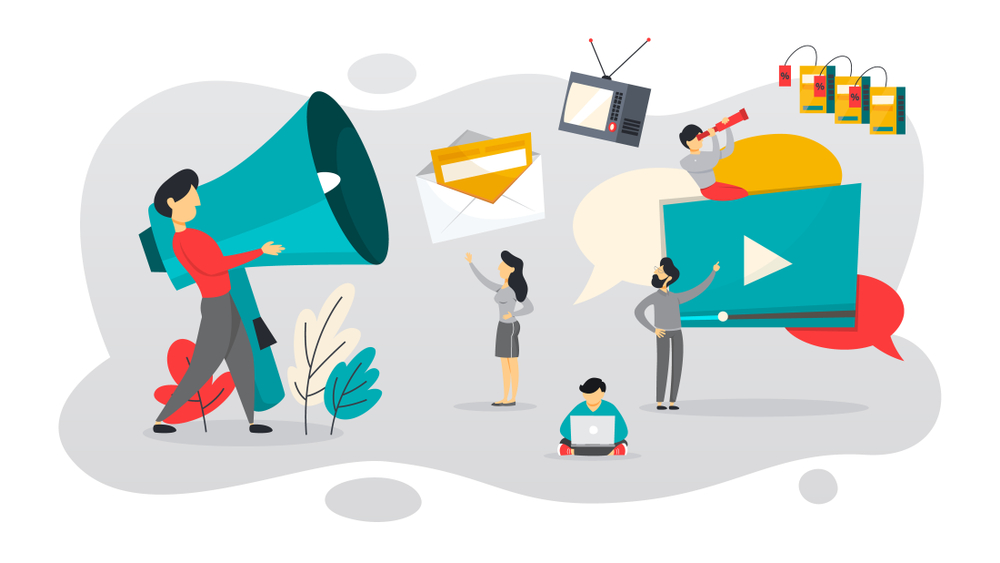 In recent years there has been a great deal of advertising saturation, making it very difficult for any company to attract attention and stand out from the rest of its competitors. It also seems complicated to find a good advertising space, where the investment is not very large and achieves an impact on the target audience. To combat this problem, a new concept was born: guerrilla marketing.

This concept was coined in the 80s thanks to Jay Conrad, inspired by the tactics of the guerrillas: independent military organizations that fight against a bigger enemy. These organizations usually do not have the same resources, so their actions are based on the surprise factor and generate a much greater impact. 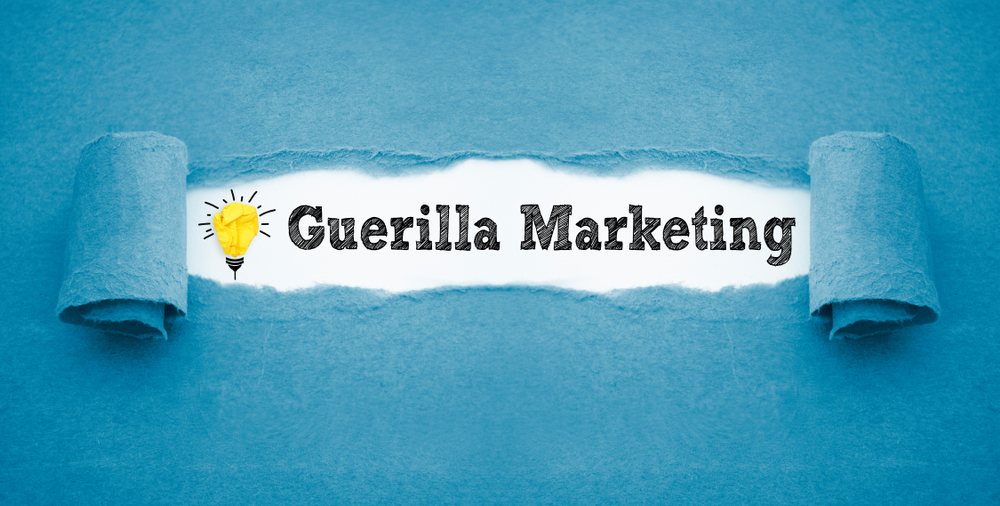 What is guerrilla marketing?

Guerrilla marketing is an efficient alternative for those who are going to generate a great impact on the public through a very low investment. In fact, it can become a more than interesting tool, with a very strong value to enhance communication between the company and the target audience.

All this, thanks to the search of other methods different from the conventional ones within the advertising and, above all, to manage to reduce costs to the maximum is one of its main strong points.

Companies and brands frequently use it, from the smallest company with limited resources to multinationals that are present in many countries, they have found in this tool a way to get even closer to the consumer.

Not for nothing, there are many companies that every day are firmly committed to breaking these traditional patterns through these alternative formulas.

According to Wikipedia, the meaning of guerrilla marketing is:

Guerrilla marketing is an advertisement strategy in which a company uses surprise and/or unconventional interactions in order to promote a product or service.

We'd have to go back to the 60s to understand guerrilla marketing better. In those years, television and radio were the main channels where companies advertised.

It was not until the 80s and early 90s that cable television began believe in advertising on its channels. One of the pioneers is MTV, which got viewers to connect with the product as well as the show they were watching.

It is at this point that large companies begin to see how it becomes more complicated to advertise their brands and they constantly struggle without receiving any awards. It was in 1984 when Jay Conrad Levinson, a merchant, introduced the term in his book "Guerrilla Marketing".

In his book, guerrilla marketing was shown as a new way of approaching and fighting the more traditional forms of advertising.

However, these were years in which television, radio and the press were on the increase in terms of receiving publicity. But what they didn't count on was that consumers were beginning to be overwhelmed by so much advertising.

What is guerrilla marketing used for?

Guerrilla marketing serves exactly the same purpose as any other type of marketing we may encounter: to make a particular product, service or brand known in order to attract the potential consumer and turn him into a customer.

Apart from this, it also achieves something just as valuable and much stronger than with conventional methods, something that in the long run achieves greater visibility and lasts longer.

The main purpose is to surprise when nobody expects it, even the competition, to make a 180-degree turn and leave them with their mouth opened. Guerrilla marketing achieves this by reducing costs to focus almost exclusively on originality.

In short, guerrilla advertising is useful for: 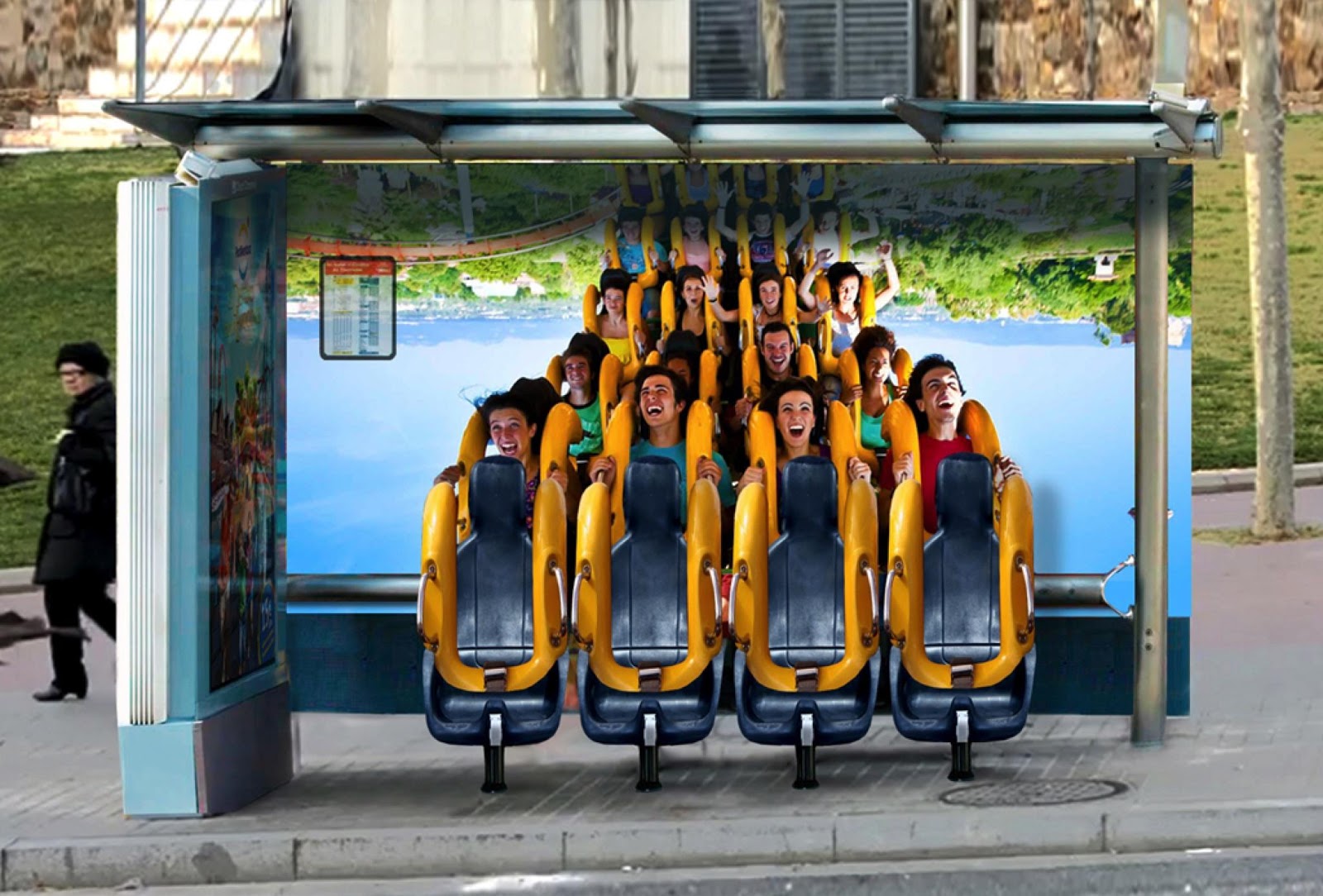 Ambient marketing consists of appropriating a public space and giving it a different focus. What you want to convey with this type of guerrilla marketing is to generate an immediate impact on people, who will look at what is happening around them.

However, in order to carry out this technique, the place where it is going to be done must be studied very well. For example, it is better if it is a very busy place such as a main square, a big avenue, etc. 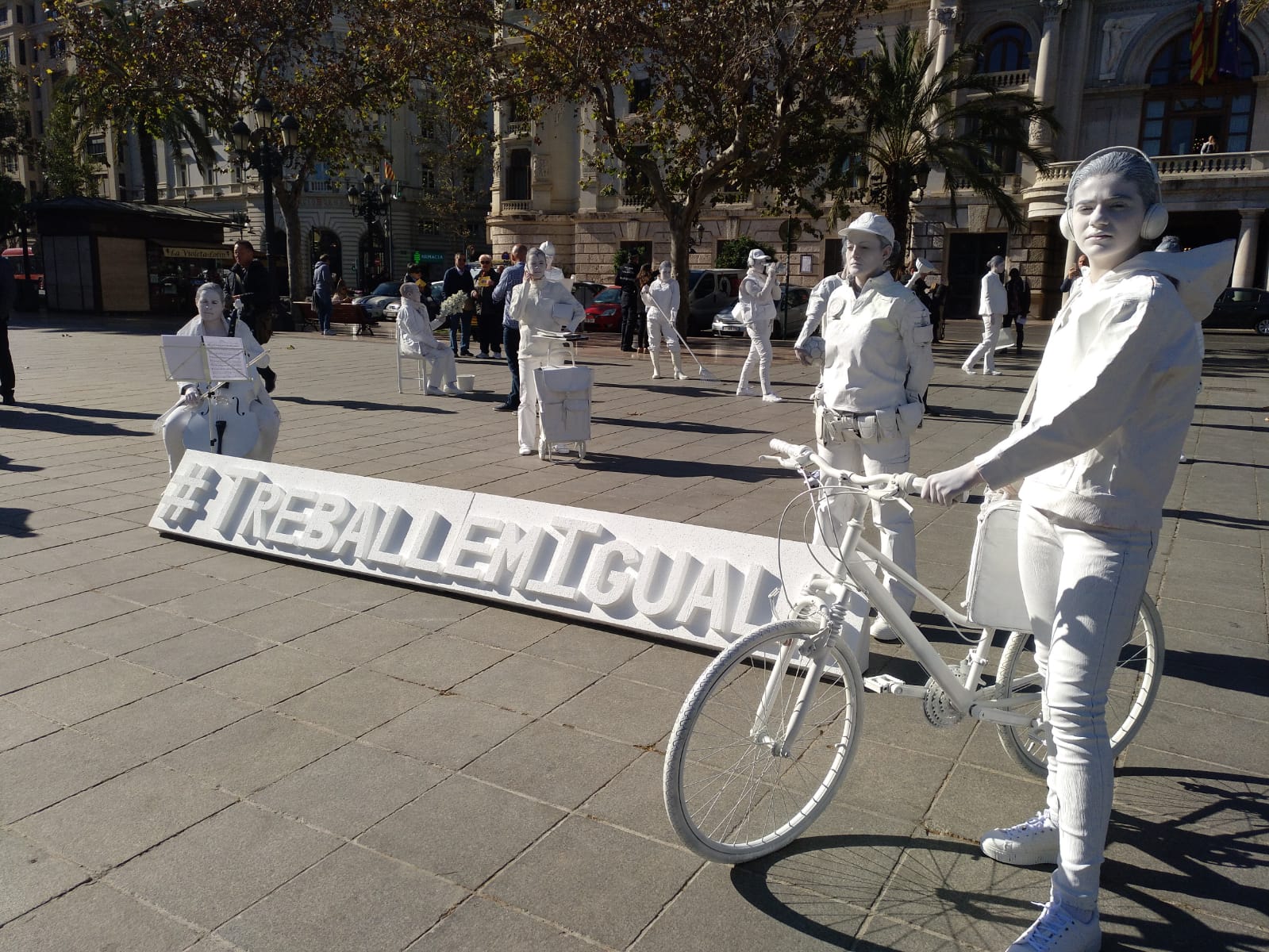 It's based on using real actors to start a performance. One of the best known performances within guerrilla marketing is the flashmobs, in which a large group of people appear out of nowhere to perform an unexpected action.Without a doubt, it is one of the great guerrilla strategies to impact the public from the very first minute. 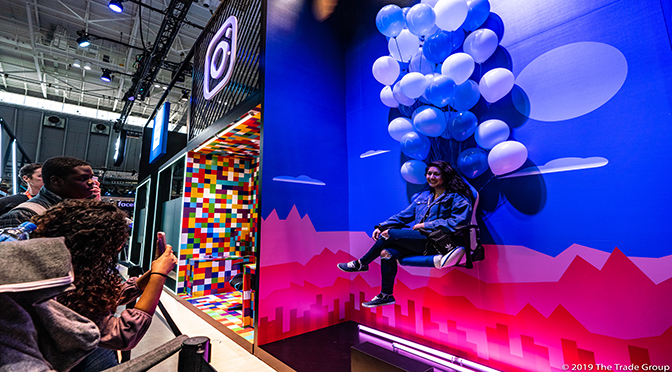 With this guerrilla marketing technique, the aim is to interact with the audience and get it directly involved in the staging. A clear example is to promote products for free in order to attract the attention of the public.

There are many creative and surprising advertising campaigns that end up going viral. However, there are guerrilla marketing actions that are focused on the digital world. The clearest example is the Ice Bucket Challenge that originated to give visibility to the ALS (Amyotrophic lateral sclerosis).

As you can see throughout the article, introducing guerrilla marketing into an advertising strategy is a good idea that will bring you advantages when promoting your product, service or brand.

Therefore, we are going to show you 5 advantages that can be obtained using this advertising tool:

Throughout all these years, small and large companies have been using this advertising model to reach their different audiences in a different, groundbreaking and fun way.

Now that you know what is guerrilla marketing, let’s see some examples so that you can better understand how this type of advertising is carried out

The American giant is known for making ads that generate an enormous impact. In 2010 it created a guerrilla marketing video called "Happiness Machine" that showed a Coca-Cola vending machine dispensing more than just a soft drink.

In the video you can see how hidden cameras are placed in different parts of the room, to see the reaction of people. Thanks to this guerrilla marketing technique, the video went viral and had over 4 million views. 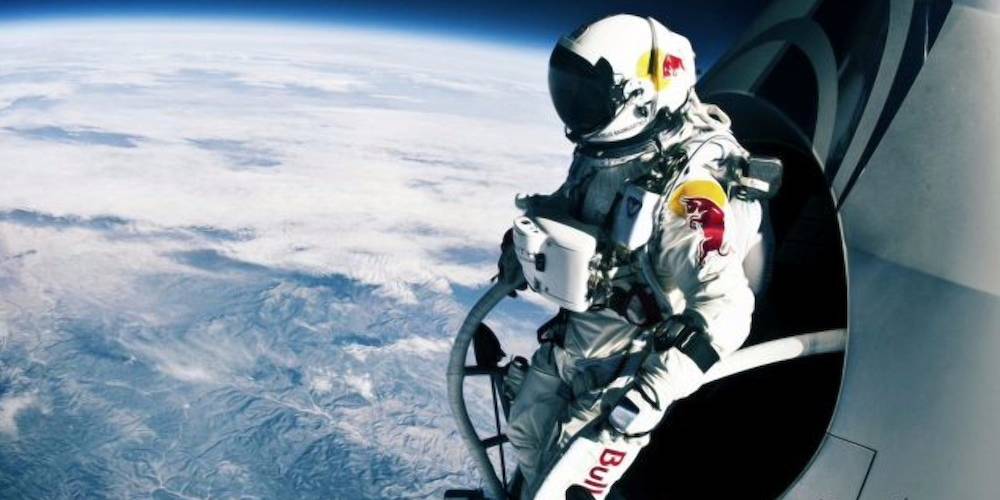 Back in 2012 the Austrian brand and Felix Baumgartner set a world record for the highest skydiving jump in the world. The Red Bull Stratos was a masterful campaign to capture everyone's attention, a death-defying leap into the void, exceeding the speed of sound, with a 4-minute freefall on its return to earth.

That day, they also broke the record in social media when they reached 8 million views on YouTube. 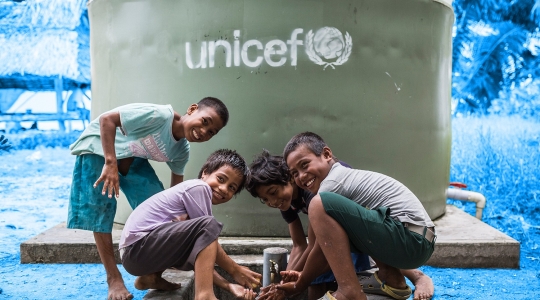 In one of their campaigns, they decided to do guerrilla marketing with a simple question, what would happen if the water bottles that we spend so much money on were filled with dirty water?

With this powerful question, the NGO's aim was to raise awareness of the first world and to make those populations who do not have drinking water aware of it.

To draw people's attention and promote a campaign to bring clean water to these places, they set up vending machines where dirty water bottles came out, with each label button showing a disease caused by drinking this water.

In this sense, guerrilla marketing works in nonprofit organizations to launch a strong message, which generates an impact and awareness among the population to raise awareness and act for a better world.

The value of guerrilla marketing today

Guerrilla marketing is a constant exercise in creativity and in studying the different scenarios where you want to make an impact. You have seen throughout the article that it is a very valid tool, that you can do many things with little money, but you have to know how to do it well to reach your goal.

There are many companies that use all the weapons at their disposal to reach as many people as possible, whether they are economic, logistical, etc.

But without a doubt, apart from these weapons, the most important part of guerrilla marketing is people. They are the real engine of recruitment, the meter that companies have to know if their advertising is good or bad or if their product meets their needs.

In conclusion, guerrilla marketing generates emotions, immediate impact on people, battles of creativity between large companies that are looking to attract that public, which in recent years has become more demanding due to the massification of advertising to which it has been subjected. I’m sure you now know what is guerrilla marketing.